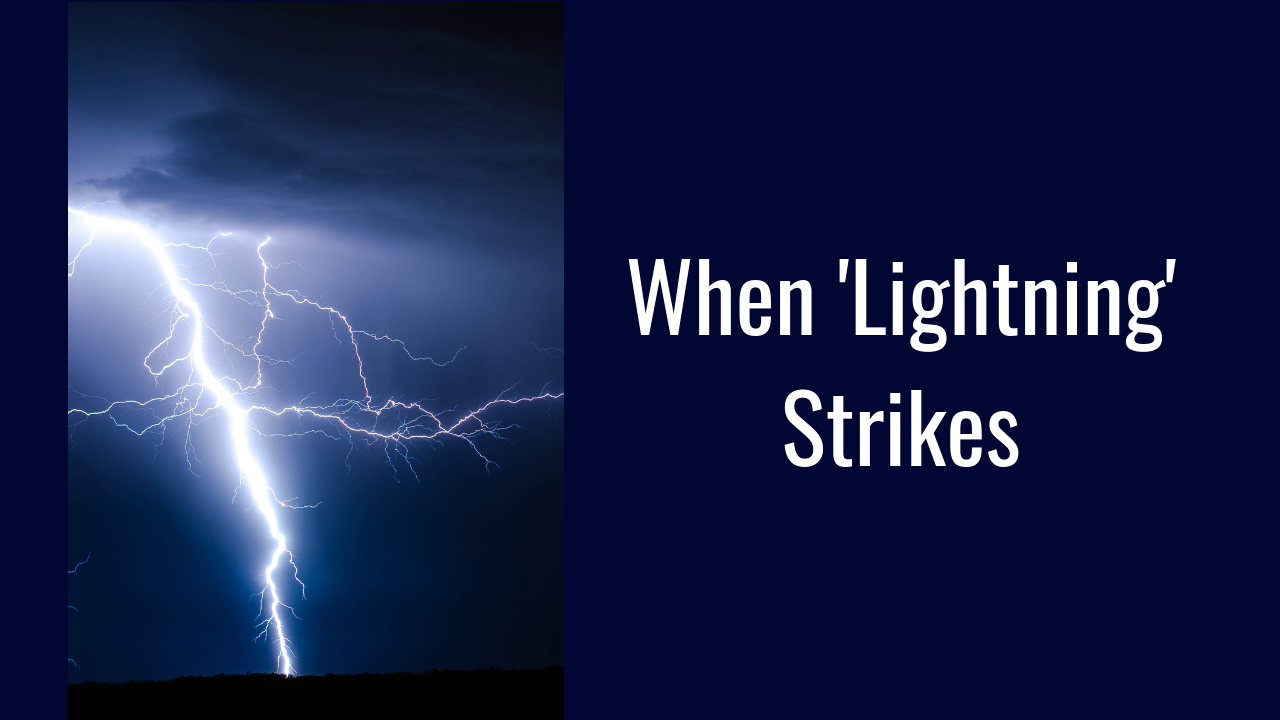 When I was badly burned, they told me I had a 7 percent to 10 percent chance of regaining full range of motion, which to me meant I had a 100 percent chance.

Have you ever had one of those moments when you felt like you just could not go on?

Most of us have.

Sometimes my struggle has been caused by trauma. Something outside of myself that felt like my world was shattering and that I'd never be the same.

Other times, it's actually been fuelled by passion. Working towards something so 'big', so important, so engaging that I wasn't paying attention to my own needs. Times when I reached a point of vital exhaustion without heeding warning.

Think about those times for you... Those moments when you, or someone close to you, went head first into such a situation.

Jeff Kuhn shares his incredible journey of some of the 'worst' that life can throw at us.

His book, Blue Sky Lightning, is like a bright beacon of hope, a lighthouse, in the blackest, inkiest darkness.

I hope you'll read it for yourself. It's one of my 2018 favourites.

There are so many lessons of encouragement, but I want to share the following three that I found most poignant -- and that I think all of us need to remember for 'success'.

“The most beautiful people we have known are those who have known defeat, known suffering, known struggle, known loss, and have found their way out of the depths. These persons have an appreciation, a sensitivity, and an understanding of life that fills them with compassion, gentleness, and a deep loving concern. Beautiful people do not just happen.”
― Elisabeth Kübler-Ross

Some people are just beautiful.

They radiate kindness. They challenge you to be your best. In fact, they energize your potential, causing you to be 'more' by their very presence.

They encourage. Meant literally, it's "to give courage to." Not fearless; brave.

Such beauty is timeless. It has a certain grace. Even after they're gone, the image of them may fade in our minds, but their impact remains strong in our hearts.

If we're lucky, we've been influenced by at least a handful of them in our journeys.

Better yet, if we're super lucky, we've become one of them. Someone who makes a difference.

Those who've overcome great odds or obstacles 'get it'.

There's a deep acknowledgment of the grace and 'luck' to have been through whatever it is that got you to here, and to tap into that as a wellspring for others. It's like this: 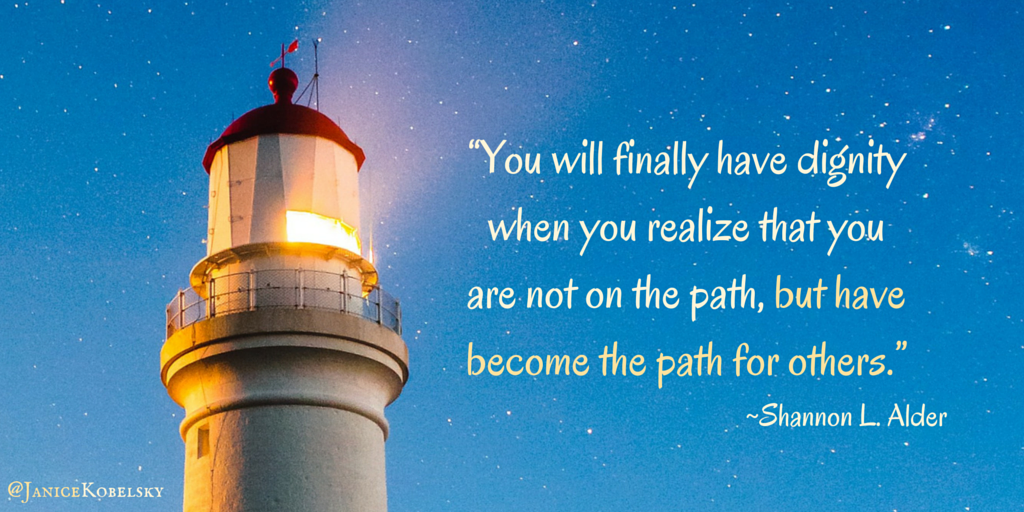 Jeff's book is full of people with that kind of beauty and dignity. And... a small handful who lack that -- as a stark contrast and reminder to 'choose' who and what we want to become in the face of deep challenge!

I'm a big 'fan' of hope. I've shared some of my own thoughts and perspectives on it in a post I wrote a while ago. I cycle back to it quite often -- whenever I need a boost: "How to Re-energize Hope." 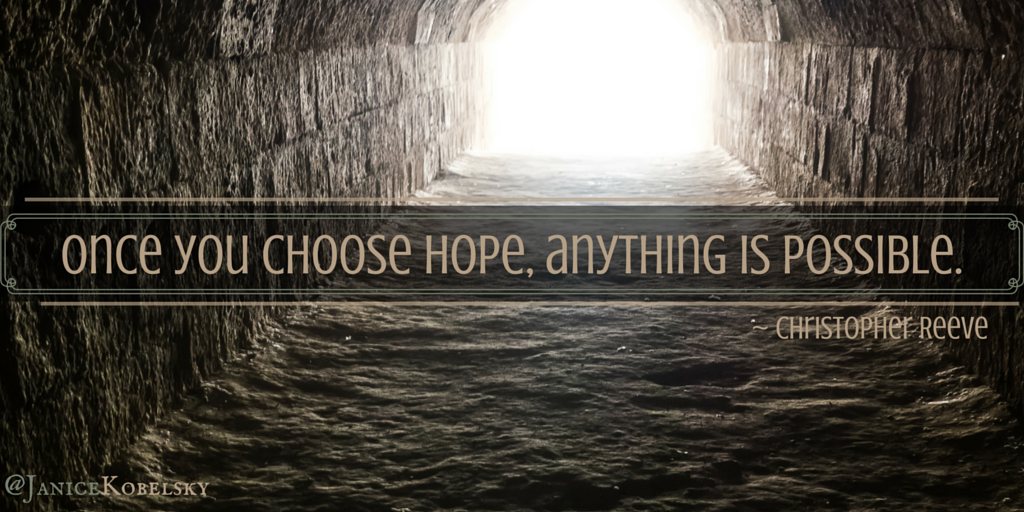 Hope isn't something we have. It's not something we 'give', either. Rather, it is an attitude and an expression of life that we choose.

If you want to really explore the sheer grit and power of that choice-making, read Jeff's book.

If there's one word to describe Jeff's book, it's 'resilience.'

It's a kind of 'no-matter-what' optimism in the face of whatever else life or others tell you about what is -- and what is not -- possible.

It's not some giddy, Pollyanna kind of fluff. Rather, it's the stuff of real optimists. People who choose to find purpose in problems. Who make things happen. Who decide what their impact is going to be on others. It's also deciding the impact that others and the world will have on us.

It's the kind of choice expressed in the opening quote. It reflects one of many times when Jeff was told what his odds were. Yet he found within himself the strength to see, to become and to 'live' in possibility, not problems.

The 'audacity' behind that quote resonates with me. I've been told "You can't [-fill in the blank-]" or "you won't be able to [-fill in the blank, again-]" in issues of health, work, impact, etc. Difference-making of all sorts. And, I've had the joy of working with so many go-getters -- people who've successfully faced down all manner of odds against them.

What have I learned?

When you don't buy in to "impossible" you have the chance to surprise your critics, even if that's you! 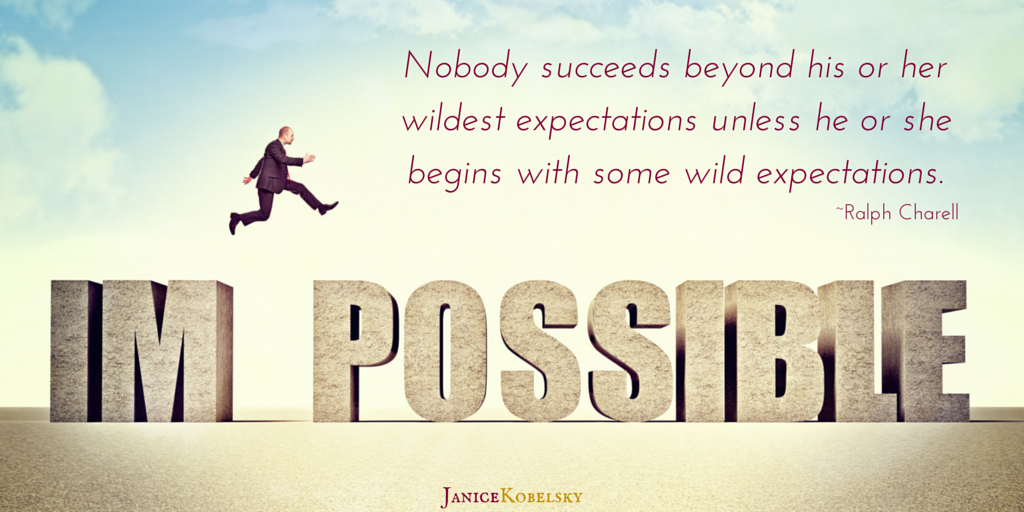 We need to be audacious. Not an 'in-your-face' kind of rude. Instead, it's the life-inspiring kind of boldness that springs when we set out to make a difference that matters. To set some pretty "wild expectations." To lead by example.

It's the third big lesson and takeaway for me from Jeff's book. In short,

This is one of those stories that makes you stop in your tracks. Be thankful. More determined. Resilient. Inspired.

If you're wondering, this post is not any kind of paid endorsement of Jeff's book. It's a review that I've written, which I hope will help you become better, as it did me. Read and enjoy. Most of all, remember: when lightning strikes -- 3 stunning lessons in success.

"You think your pain and your heartbreak are unprecedented in the history of the world, but then you read. It was books that taught me the things that tormented me most were the very things that connected me with all the people who were alive, who had ever been alive." - J. Baldwin

I seek to create value in every encounter - energizing people, possibilities and potential.

Janice Kobelsky  Success and strategy coach and facilitator, for leadership development and wellbeing.

We are so much stronger, together.

Please share this post: an encouragement to muster strength and determination, no matter what life throws at us. ¬